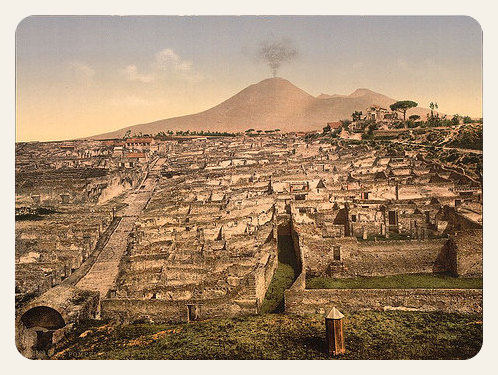 The pompeii design activity has been developed to involve different groups of end users (undergraduate students, teachers, ICT experts) in the process of designing location-sensitive mobile multiplayer games. The guiding idea for the design was to employ the fun and enjoyment inherent in games as a tool for entangling the players in a learnful interaction with the surroundings (of Pompeii in this case).

The pompeii design activity can be used for giving the participants a glimpse on the design process of location-sensitive mobile learning games, but also as a tool for actual game design.

In this site the details of the design activity are outlined. The aim to give practical experience to students and researchers in the fields of location-sensitive games, situated learning, mobile and pervasive technolgies.

This activity was designed by Christos Sintoris, Carmelo Ardito and Nikoleta Yiannoutsou. It has been sofar applied on six occasions:

Pompeii is an ancient roman city that was buried after the explosion of the volcano Vesuvius in 79 a.D. The city was discovered by accident in 1749 and today is a destination for 2.500.000 visitors each year. It is a very well preserved and quite big space to be covered by visitors.

It has been chosen as an exemplary site for a design activity since it is well-known and recognizable to the design session participants, has an important place as a cultural heritage site, is a popular destination and it offers the opportunity for a  multitide of concepts to be used in a learning game.